Learn It! Who run the world? Ageism in Popculture.

For women, getting older, is not only a struggle - it is a death sentence.

Anonymous (or any given so-called music critic) said:
'Someone like Madonna should just retire ... she is old, ugly and disgusting. Grandma is way past her prime ... I mean, honestly, she is freaking 55  yrs. old! She constantly describes herself as a girl. A GIRL! - frankly, the audacity of that old hag is sickening and I refuse to take that dinosaur serious.' 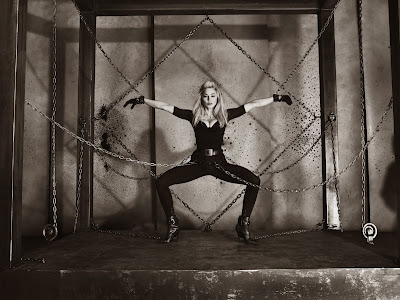 A response by mommasboy was unavoidable:
'Well, I just realized that my own dear mother is going to turn 63 this year and I'm sad because - according to those anonymous wise men (and women apparently/ or noble music critics to be fair) - well, I'm going to have to abandon my Momma as well.
It's a sad thing when women get old and you are practically forced to forget about all of the incredible things they have done for you and shove them in the basement to hide their hideous corpse-like appearance from mankind. As they tragically aged, their boobs have become saggy and gross. They should not be considered a sexual being or someone deserving to live among us. It's so depressing, but Momma, just like that Madonna Girl, is a walking dead dead creature. Or so I am told by these intelligent human beings who tell us what to think/like/believe and regard as good, bad or outright dated.
It is just part of human nature I suppose and having a love for high, full, well-rounded breasts, flawless skin and youth, we all have to come to terms that not only the Queen of Pop is to be ignored and showered with hate and pity for, well, breathing. No, every woman that does not conform to social standards (you know, the ones back from 1961) and starts knitting socks and dress in a potato sack is to be frowned upon and branded as a 'desperate, youth fanatic and delusional lunatic'.
Forgive me Momma! Je suis désolé, Madonna!


Though I will rebel and align myself with the bourgeoisie and I am giving Madonna until the age of 65 before I will shove her into oblivion because, quite frankly, she has preserved herself way better than my mother could ever dream of.
My mother has wrinkles and, to be absolutely honest, it's freakin' nasty and it makes me sick to even look at her. Women and old age, we are constantly reassured thanks to those media outlets and critics (who, by the way, are all gorgeous, sexy, 22 years of age and altogether breathtaking to look at) - is something to be afraid of.
You have been warned!'
Eingestellt von Momma'sBoy
Labels: Learn It, Suck It
Diesen Post per E-Mail versendenBlogThis!In Twitter freigebenIn Facebook freigebenAuf Pinterest teilen